Our team uses modern processes, utilizing the latest in industry technology in conjunction with custom engineered machinery to exceed industry standards in production and employee health and safety.

With over 27 years of service, Fraser Valley Prosthetics Ltd. is committed to building lifelong partnerships with you, and your family. We are a full service prosthetics clinic providing the highest quality care for all amputation level needs.

Tailoring each prosthetic device to meet your individual needs, Fraser Valley Prosthetics Ltd. will enhance your independence enabling you to gain mobility and the quality of life in which to pursue your dreams. We are an accredited facility with friendly, professional staff who are certified and knowledgeable in the latest technologies and techniques. 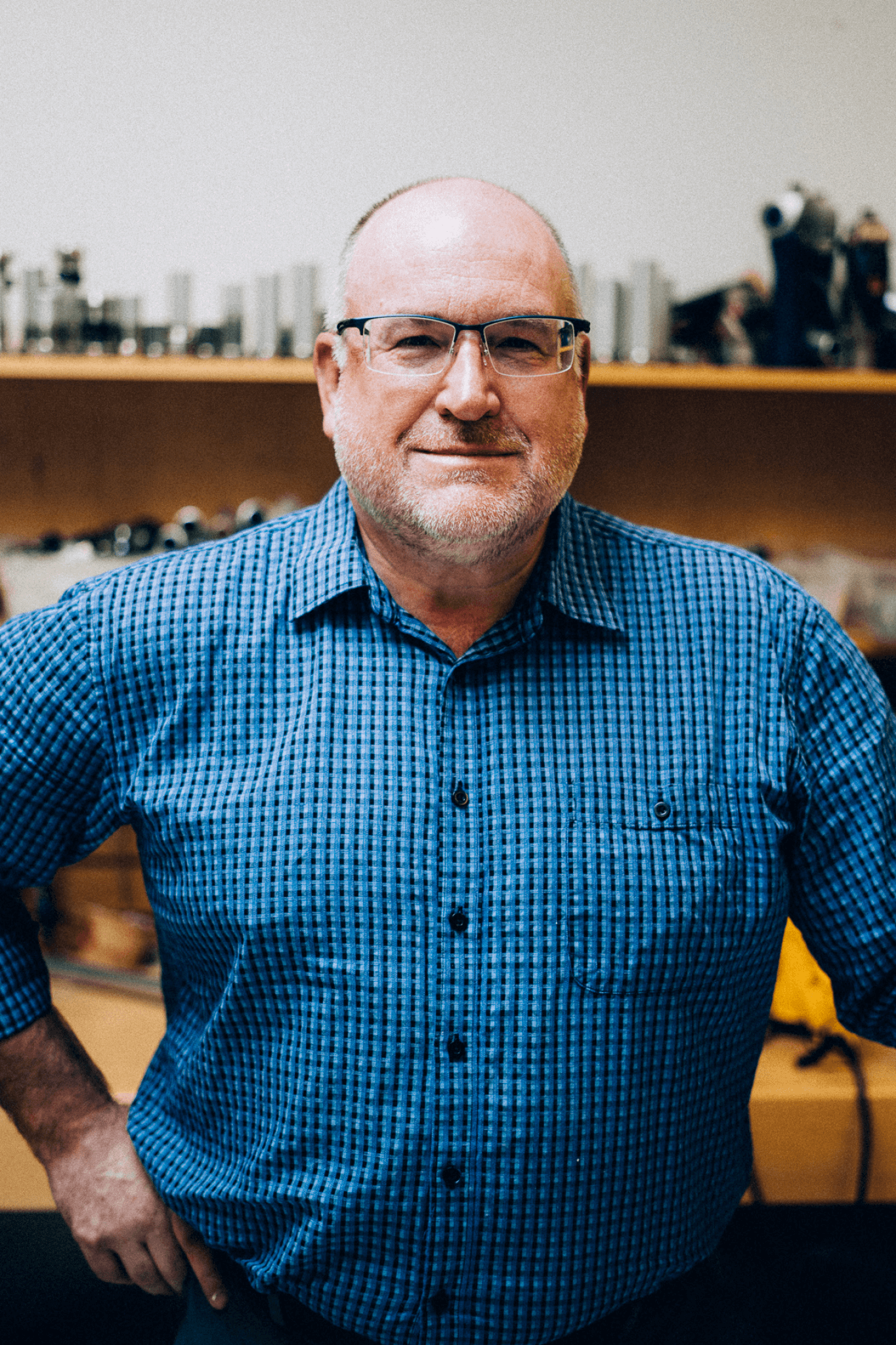 It was inevitable that Louis became a prosthetist. His father was a master mechanic and his mother was a nurse. He inherited their traits to become a true bio-mechanic.

While interning here, Louis realized there was a need for a prosthetic facility in the Fraser Valley, as many of the patients would travel to Vancouver for their appointments. He moved his young family to Abbotsford and opened Fraser Valley Prosthetics in 1994.

Over the years, Louis has lent his expertise to a variety of boards within his profession: President, Vice President, and Treasurer for the Prosthetic Orthotic Association of BC (POABC); Board member of Canadian Association of Prosthetic Orthotics (CAPO), and International Society of Prosthetists/ Orthotists (ISPO); national examiner for the certification of new prosthetists; and BCIT’s student selection committee. Louis was an integral part of a working group tasked with rewriting and updating the National Certification Exam.

Louis is current and up to date with the latest technology and techniques to provide his patients with the best possible outcomes to lead full and active lives. 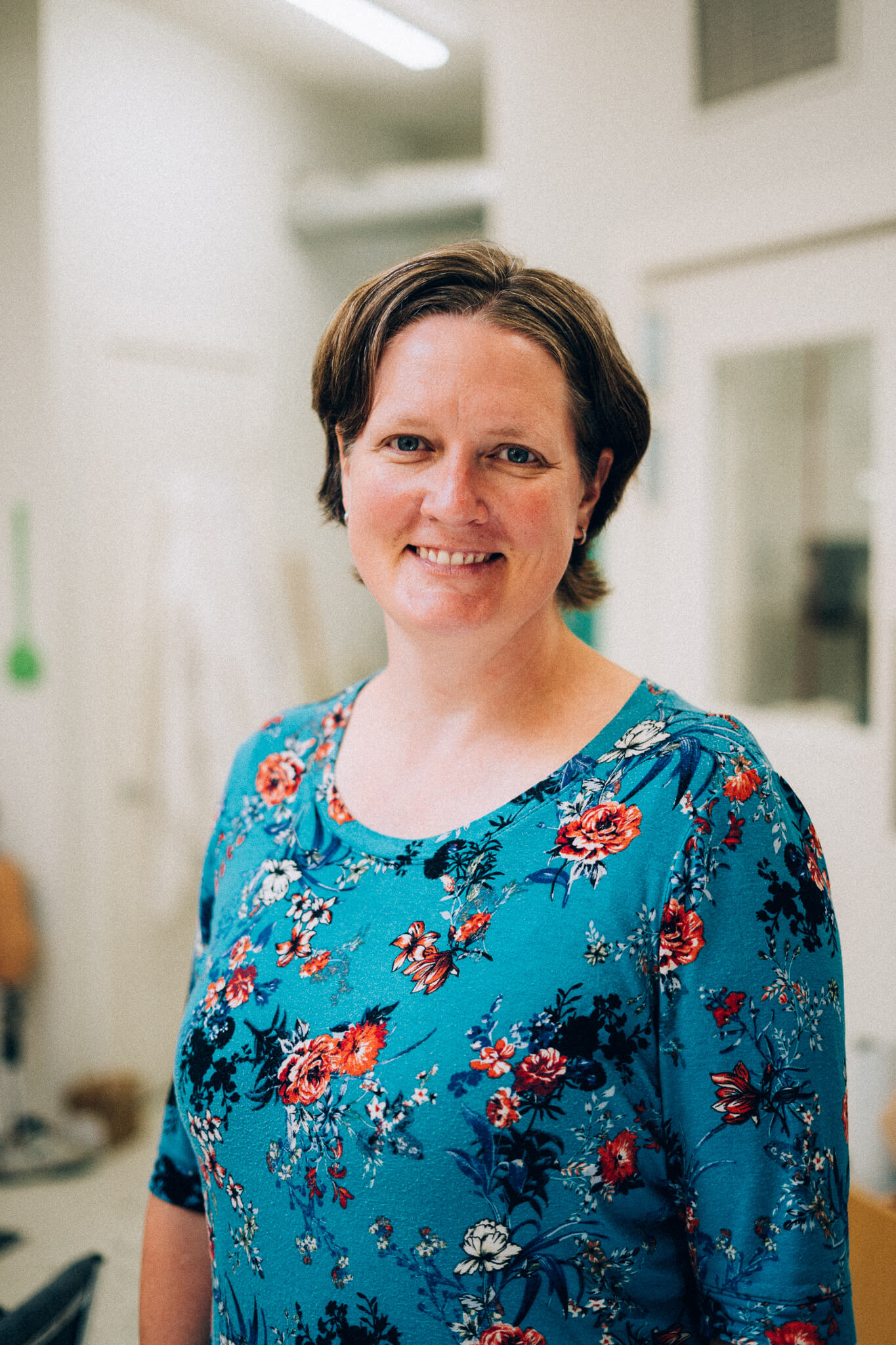 Growing up, a friend of Deanna's family was a below elbow amputee having lost his arm in a farming accident. He had been an extremely functional amputee for decades working as a hay farmer in Manitoba. He had a specialty prosthesis for nearly every job on the farm, plus an every day arm, and a very realistic looking 'going out' prosthesis. Deanna was fascinated by how all of these worked and that's what got her interested in the field of prosthetics initially. She was always fascinated with the human body and loved building and creating anything with her hands, so the field of Prosthetics just seemed like a great blend of all of her interests.

Deanna graduated (on the Dean's Honour Roll) with a Bachelor of Science in Kinesiology from SFU in 2001. From there she graduated at the top of her class from the Prosthetics and Orthotics program at BCIT in 2004.

She had the privilege of working at several prosthetics facilities over the past 17 years of working in this profession. Her initial time at Fraser Valley Prosthetics, followed by Bionic Prosthetics, Vancouver Orthopedic Group and Russell Prosthetics all helped shape her into the Prosthetist she is today.

"I am very happy to have returned to the amazing team at Fraser Valley Prosthetics in just this past April 2021. Louis, Shelley, Lisa, Dave and I all work together very well and I'm super proud of my 'work family'. Fraser Valley Prosthetics is a smaller facility which I'm very grateful for. It allows us the opportunity to get to know each of our patient's unique needs and really take the time to get to know each of them like extended family members." 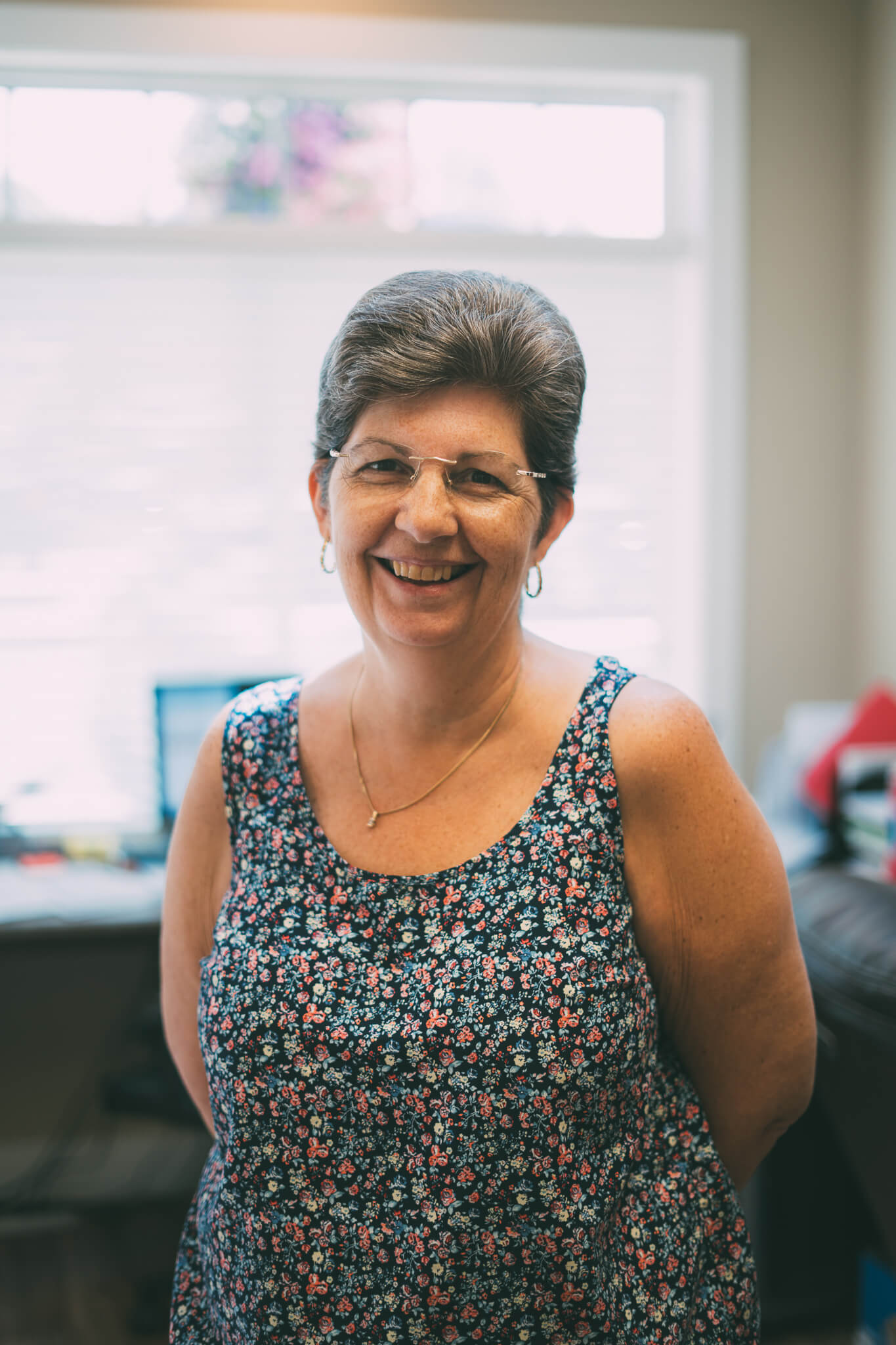 Lisa Engel has been, and continues to be, a valued member of the Fraser Valley Prosthetics team for the past 19 years. She is very knowledgeable about all aspects involving prosthetics, and can offer you guidance on your quest for any information regarding the different paying agencies. With her friendly and welcoming nature, Lisa gives prompt and efficient service to all of our patients. In her downtime, Lisa enjoys a good book, camping, and quilting. 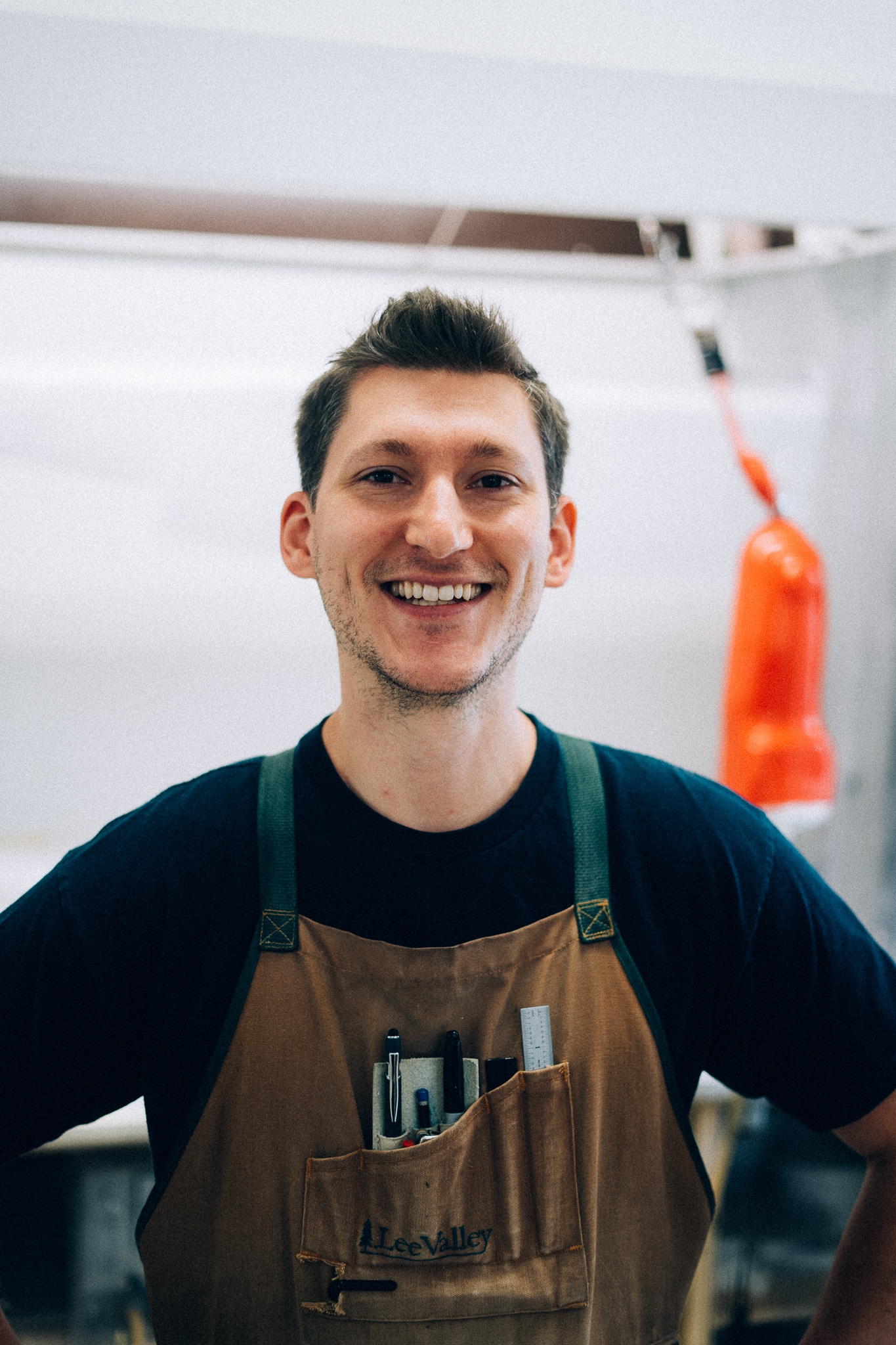 David graduated from UBC in 2013 with a Combined Major in Science. He focused his studies in Biology, Chemistry, and Earth and Environmental sciences. His interest in science and technology has led him to the field of Prosthetics and Orthotics. He got into the technician program at George Brown College and graduated with honours.

David enjoys snowboarding in the winter and spending time at Harrison lake during the summer. 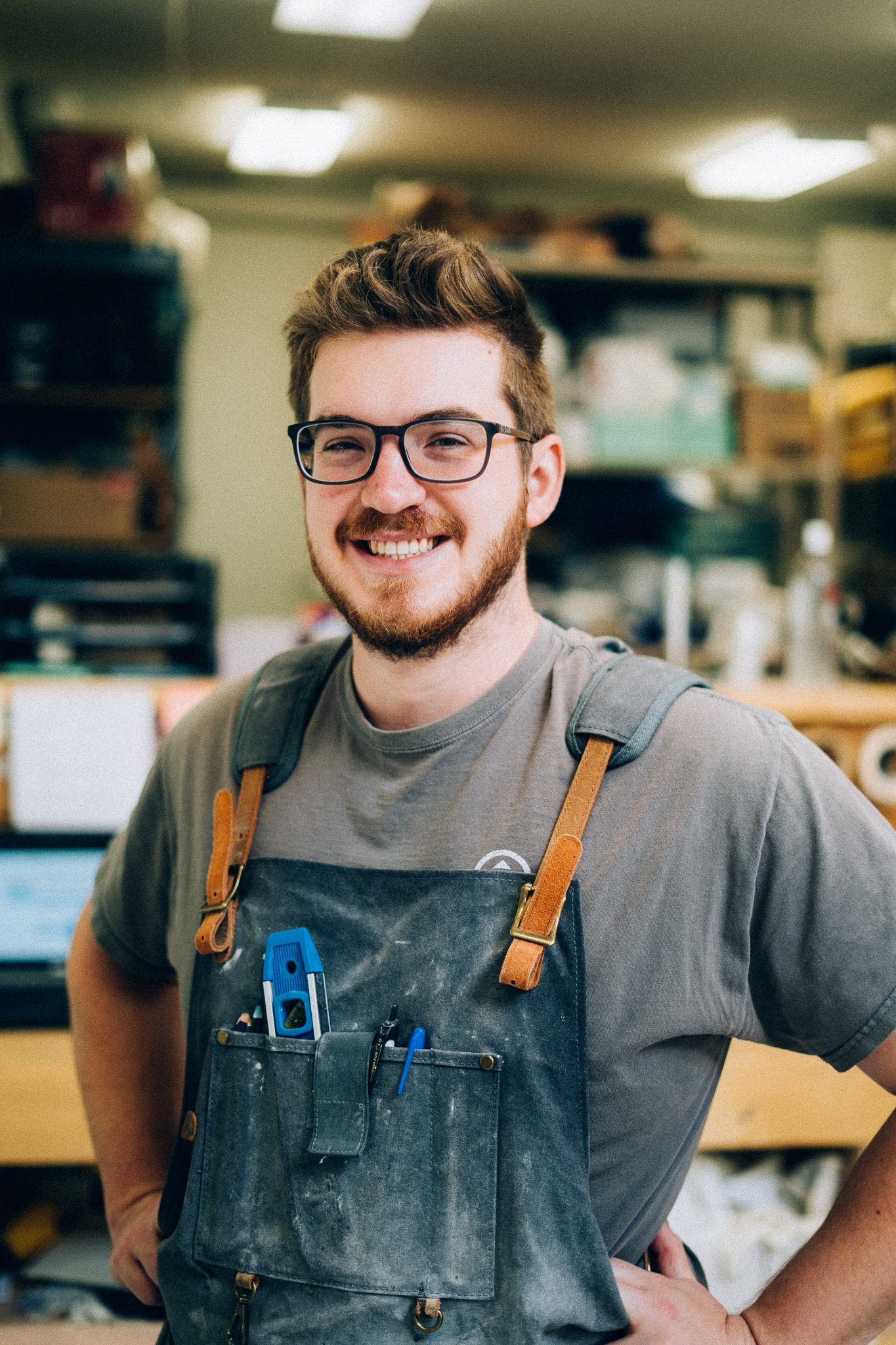 Alex graduated with Honours from the two-year Prosthetic/Orthotic Technical Program offered at George Brown College in Toronto. He is happy to be back as FVP’s resident technical intern after his work placement here last summer.

Prior to deciding to become a prosthetic technician, Alex attended Grant MacEwan University for the Theatre Arts Production program.

Here he learned to build stage props with a variety of materials, and honed his sewing and painting skills.

In his free time, Alex dabbles in recording his own music – he plays the drums and guitar. He also enjoys hiking, camping and skiing. 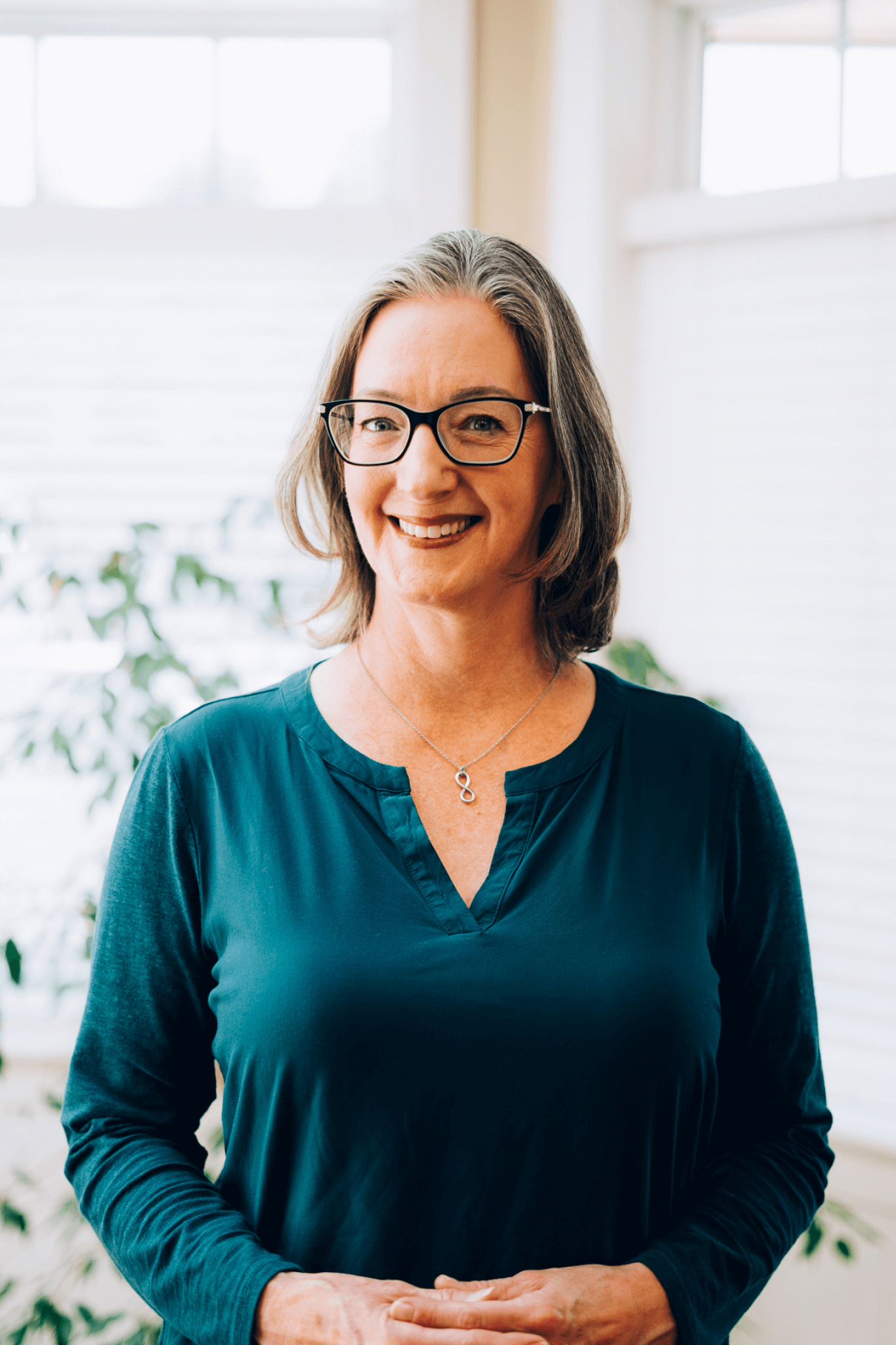 Shelley has been married to Louis for 32 years, and together they have raised 3 wonderful, now grown, children.  Her educational background is in Marketing and Sales. Shelley is happy to be on board, creating ad campaigns and contributing digital content on the Fraser Valley Prosthetics Instagram page. 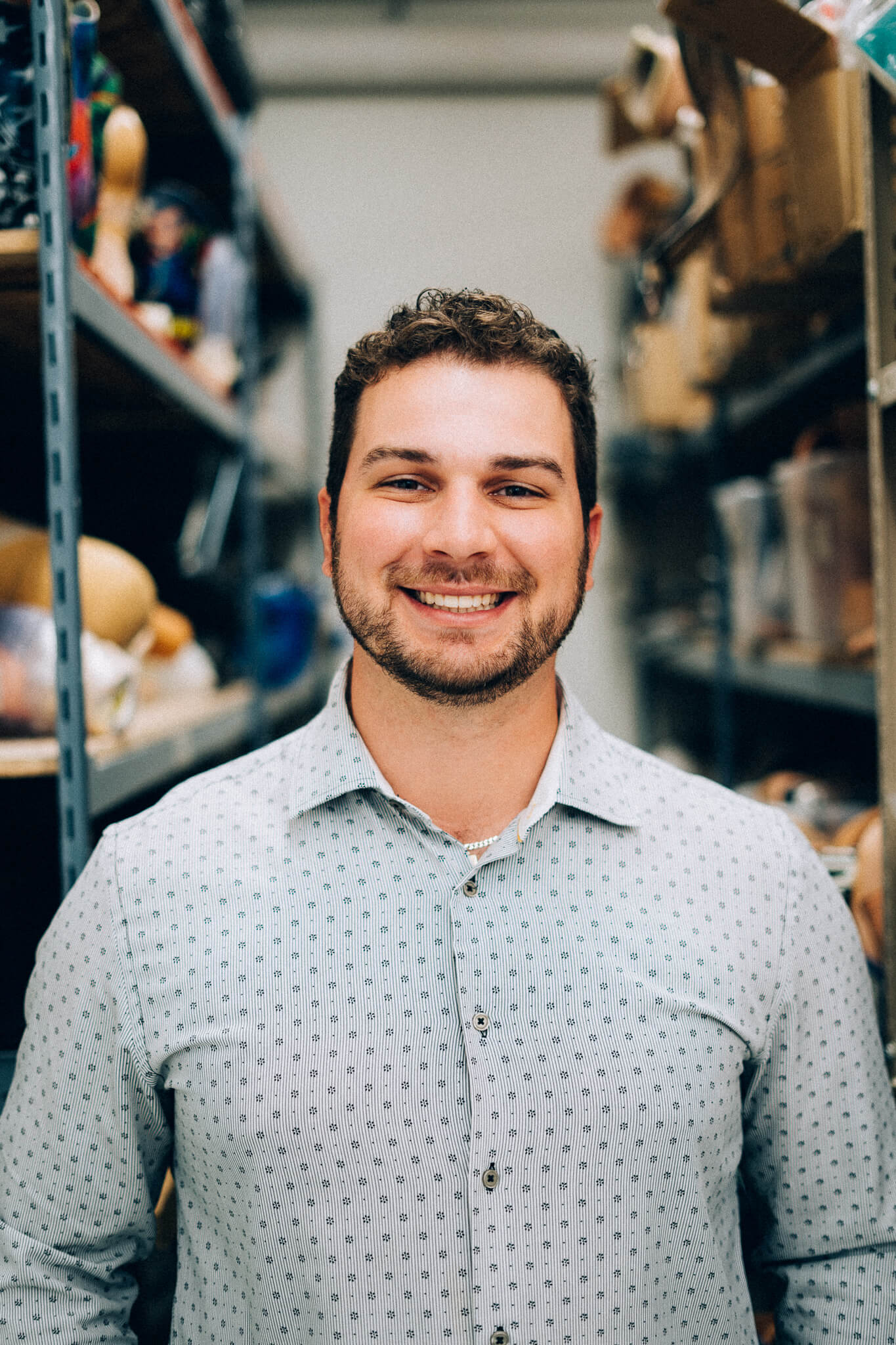 Gavin graduated from UBC in 2017 with an undergraduate degree in Kinesiology. From there, he went on to graduate from BCIT Prosthetic & Orthotic program in May 2022. He is currently a Prosthetic Resident with Fraser Valley Prosthetics.

Gavin chose to work in Prosthetics as he wanted a career where he could play an important role in the medical field where he can help others improve their mobility by blending together theoretical work with creativity. He has always been fascinated by how devices utilize biomechanical principles to help people with injuries, limb loss, or medical conditions to regain their mobility and independence.

In his spare time Gavin can be found playing soccer, golfing, or hiking the outdoors. The best days are those that are spent taking in what BC has to offer.

OUR LOCATIONS IN THE FRASER VALLEY

With three locations throughout the valley, we're there for you, wherever is most convenient